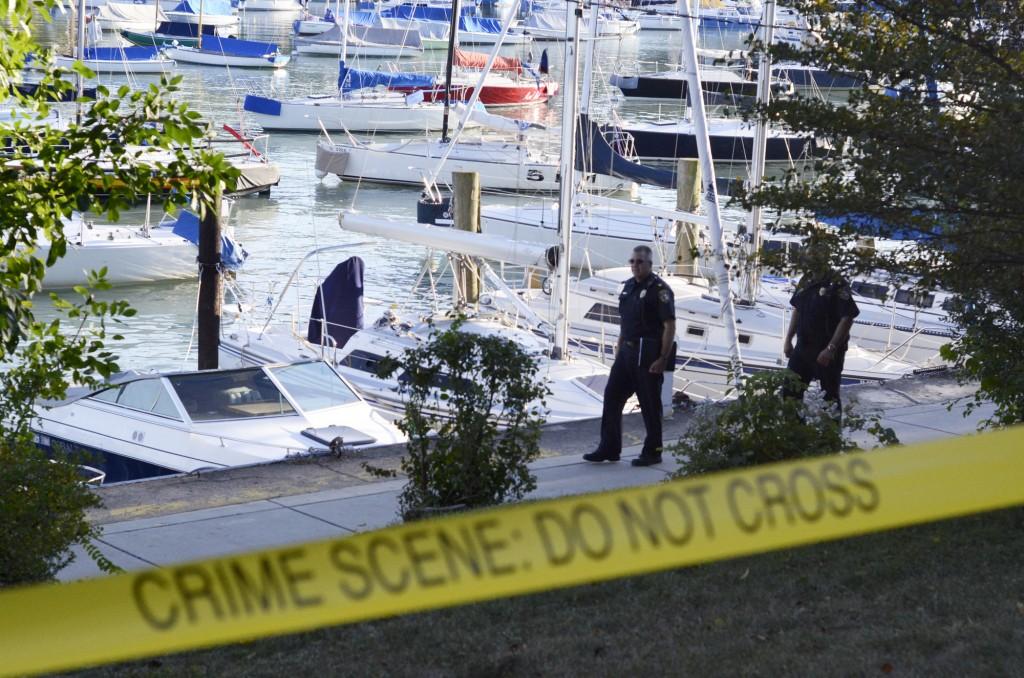 Wilmette police officers examine the perimeter of the harbor Wednesday. The search for Maddula began in the morning and continued until sunset.

The search for missing Northwestern student Harsha Maddula has expanded to Wilmette.

In a news release this morning, University spokesman Al Cubbage said authorities are “widening” the manhunt to include Wilmette Harbor, which is on Lake Michigan about two miles north of Maddula’s dorm.

The McCormick sophomore’s cell phone records show that the nearest service tower to the last signal received from his phone was in the harbor’s vicinity, Cubbage said.

The U.S. Coast Guard is now involved in the search for Maddula, according to the release. The Daily reported earlier today that the Coast Guard was not participating in the missing person investigation as of Tuesday.

WILMETTE — At a news conference this morning, Cubbage provided more information about the manhunt’s expansion to the Wilmette lakefront.

He said divers have been searching the harbor since 9 a.m., and the local fire department is lending a hand.

“We are still searching for our student,” Cubbage told reporters.

WILMETTE — Cubbage told The Daily after the news conference that divers are using SONAR to a “great extent.”

“We are looking for a body,” he said.

The Maddula family is “doing OK,” but their optimism is fading after Tuesday’s search parties came back with no leads, Harsha’s father Prasad told The Daily this afternoon. The mood sagged even lower once the family learned of today’s searches in Wilmette Harbor, he added.

“It’s horrible,” Prasad said. “I was so upset that they were checking in the lake. My hopes are gone.”

The family is currently at Seabury Hall to help organize more search parties. Prasad said he spoke again with University President Morton Schapiro, who told the family “he’ll do anything” to swiftly find Harsha.

In a news release this evening, Cubbage said a SONAR team and more divers from nearby suburbs have been recruited to look for Maddula’s body in the harbor.

Twenty-one law enforcement agencies and fire departments were involved in a concurrent search of the land surrounding the harbor today, according to the release.

An initial search of the harbor this morning did not find Maddula, Cubbage said.