While you were gone: Top Campus stories from summer 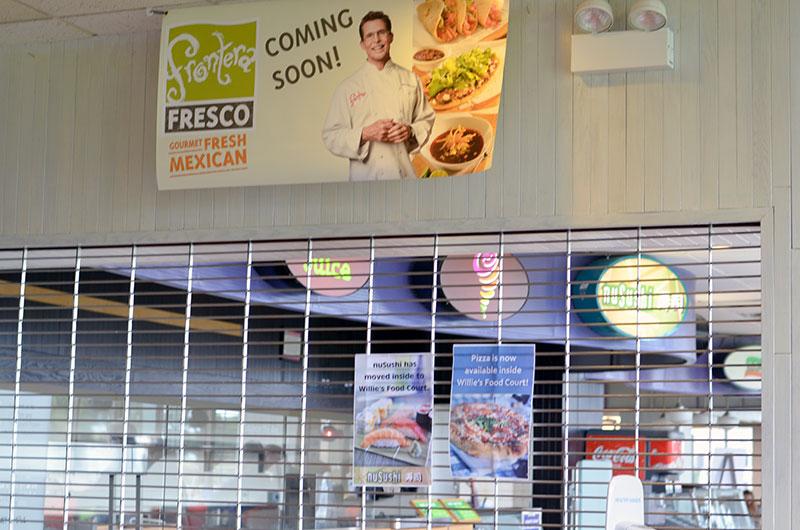 Frontera Fresco is expected to open on the ground floor of Norris University Center in late October.

In response to a student petition for an administrator dedicated to improving diversity at Northwestern, the Division of Student Affairs named Lesley-Ann Brown the director of campus inclusion and community. Brown, who will act as a liaison to students, joins Dana Cordero, who was appointed as the assistant provost for diversity and inclusion in response to several racial insensitivity incidents last year. Patricia Telles-Irvin, vice president of student affairs, announced the decision in an e-mail to students September 14. “Among some of her responsibilities, (Brown) will be overseeing the RespectNU website, where bias incidents can be reported; developing opportunities for ongoing intercultural dialogues; working with students, staff and faculty to enhance our campus climate; and providing cultural competence training,” Telles-Irvin wrote.

The Sigma Phi Epsilon board of directors suspended Northwestern’s chapter on Aug. 13 following a “pattern of risky behavior exhibited by the chapter over the last year,” said the national fraternity’s executive director, Brian J. Warren Jr., in a statement to The Daily. The chapter has discontinued all operations and participation in social or recruitment events pending a review of all undergraduate members. The suspension of Sig Ep follows other changes within NU’s Greek community: Delta Tau Delta renewed its chapter in the fall after being shut down in 2007, and Chi Psi was closed by its national headquarters last winter.

In mid-July, the University announced the appointment of Burgwell Howard, former dean of students, to vice president of student engagement. The new position was created to involve the administration more with student life and to encourage connections among different NU groups, according to an NU news release. “You may write for The Daily and you may be involved in a religious faith community and also be involved as a PA and you’re one person, yet there are multiple ways you interact with Northwestern,” he said. “This alignment of offices and programs is looking to approach students in the way they experience Northwestern.” The Office of Student Affairs will begin searching for a new dean of students in the fall.

The University sent students a series of emails, texts and voicemail messages about campus facility emergencies. The first incident occurred June 25, when the Evanston Fire Department, University Police and Evanston Police Department addressed an electrical vault problem outside the Technological Institute. Tech, the Ford Motor Company Engineering Design Center and the Center for Catalysis and Surface Science were evacuated. About two weeks later on July 16, the University contacted students again when a gas leak at Patten Gymnasium forced the evacuation of 15 buildings in the area. No one was injured in the incident.