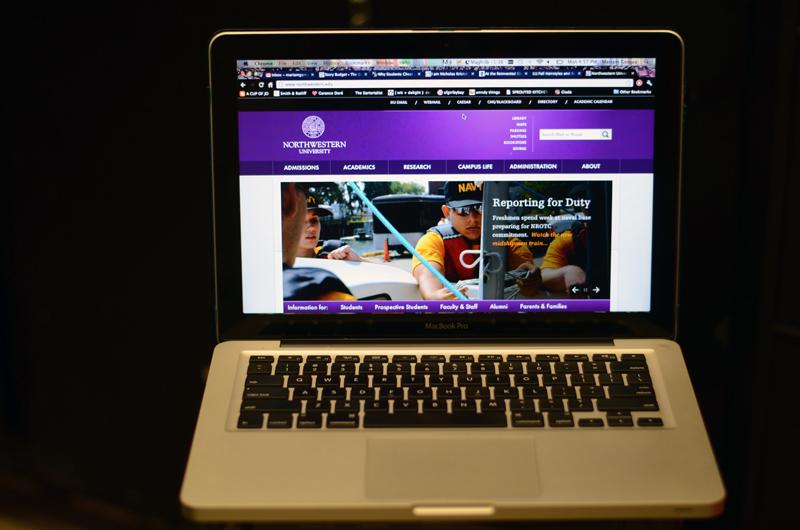 The new website features brighter colors, a larger space for photos, more room for galleries and new links to particulars NU students often need, such as parking and bookstore information.

Janet Dobbs, director of university web communications, said the redesign creates more space for news to be presented on the home page and will allow users to find information more quickly.

“The new website is based on how people search for information rather than the university’s structure,” Dobbs said. “This helps users find what they’re looking for.”

Dobbs emphasized that in addition to focusing on utility, the new website is also meant to be visually pleasing.

“I think the previous site was a little more impersonal,” Dobbs said. “With the increased pictures and color, the vibrancy of the Northwestern community is reflected on the new home page.”

Dobbs said the update was part of a cyclical process, and that the website is generally redesigned every few years. The last website design was in use for about three years, and the design before that was used for five. She added that her office had to launch the redesign before students returned to campus in order to avoid creating confusion during the middle of the quarter.

“It looks easier to navigate,” said Josiah Evans, a McCormick freshman who had used the updated website twice already since arriving on campus.

Another major change is the increased amount of information that can be found on landing pages, pages that are linked on the home page and direct users to other pages, Dobbs said. For example, when clicking on the link for “Students,” users can now find news and events.

Media relations wanted to increase the amount of news and events on the website, said University spokesman Bob Rowley.

“It has to do all that work as the University home page, and I think it does that in a more inviting way,” Rowley said of the redesigned website.

The new site was publicized on social media and in an email sent to the NU community early Tuesday, Rowley said.

He added that so far, feedback from users has been positive. Dobbs also said the comments and likes on Facebook reflected a positive response, as did anecdotal emails received by her office. However, she said there were “one or two” negative responses to the change.

“They were just from people who had gotten used to the old site and couldn’t find something on the new one,” Dobbs said.