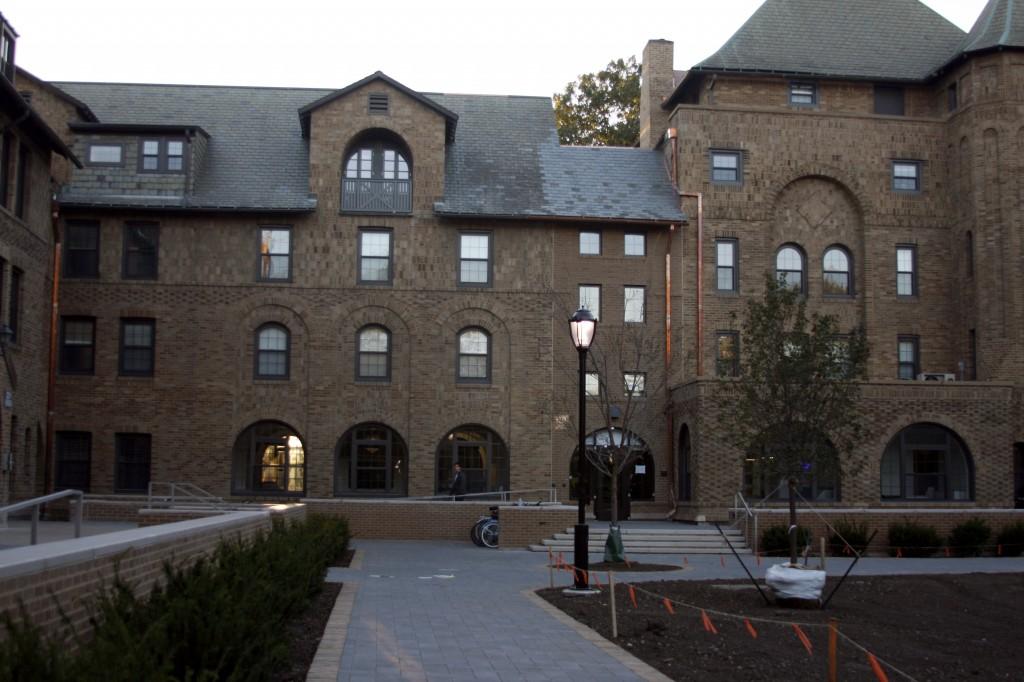 The CCS and Green House communities were brought together under one roof, as the two adjacent buildings were merged.

Two formerly separate residential communities are adjusting to sharing a building this fall after a series of housing changes and a communication breakdown between Northwestern administrators and students.

The College of Cultural and Community Studies and the Group Residence for Environmental Engagement are now housed in the same building, following the University’s decision to join the residences last year.

Students in both CCS and GREEN House were initially concerned when they learned of the office’s plans to combine their communities into a new blended residential college called Community and Sustainability Studies.

“We found out the week before housing applications were due for upperclassmen,” said Henrik Westerkam, president of GREEN House and a Weinberg sophomore. “We had already started preparing for the next year.”

Westerkam said he first became aware of the new housing change April 18, when Mark D’Arienzo, the associate director of university housing administration, forwarded him an email from Payne-Kirchmeier. Westerkam said members of GREEN House were upset that they were losing their former home to Zeta Beta Tau, following the University’s decision last February to evacuate the fraternity’s former house.

Existing GREEN House students had the option of either joining the new residential college or applying for university housing with a priority number in the next two days, according to the email. Shortly after receiving the email, Westerkam said he learned CCS had also been in the dark about the intended changes.

“We were very shocked that they would make such a big move without contacting our executive boards,” said Tyler Rehak, the president of CCS and a Weinberg junior.

Following the initial email, representatives from both CCS and GREEN House, along with their faculty advisers, met with Payne-Kirchmeier and officials from Residential Services to present their concerns. Both student groups agreed that a new, combined residential college was not an option. Rehak and Westerkam said their communities were frustrated that the University had not involved them more in the decision.

“It was a breakdown of communication,” Payne-Kirchmeier said. “I flat-out apologized at the meeting.”

After determining that the communities would remain separate in the same facility, Payne-Kirchmeier said the parties had “a very healthy, back and forth conversation.” Students were involved in many of the decisions, from room arrangements to choosing dorm furniture, she said.

“I think the administration has been realizing that students should be playing a more important role in these decisions,” Rehak said.

In addition to logistical planning, students in GREEN House helped the university choose more sustainable options that coincided with their mission, Payne-Kirchmeier said. The dorm is equipped with LEED lighting and furniture made with recycled materials, she added.

Westerkam said the students were challenged in finding ways to share the common areas of the combined building, including one large laundry room, a kitchen and several lounges. Rehak said the students have decided to host events such as munchies separately and have designated different lounges for each community.

Both communities are also adjusting to some issues in the new building: Some keys are not working, the basement remains unfinished and the kitchen is not yet operational, Rehak said. Still, he said the administration has been responsive to the students’ concerns.

As the two communities adjust to their new living arrangement, they are evaluating how they will coexist in the future. Payne-Kirchmeier said she gave the students a deadline of Nov. 1 to determine if the communities will exist separately, combine or develop a completely different structure.

Rehak said the freshmen, who will be the dorm’s future executive board, will play an integral role in that decision as they interact and live together.

“I think it’s going to be evolving,” Payne-Kirchmeier said. “I’m excited to see what they come up with.”