Greek or not, follow your own goals in college 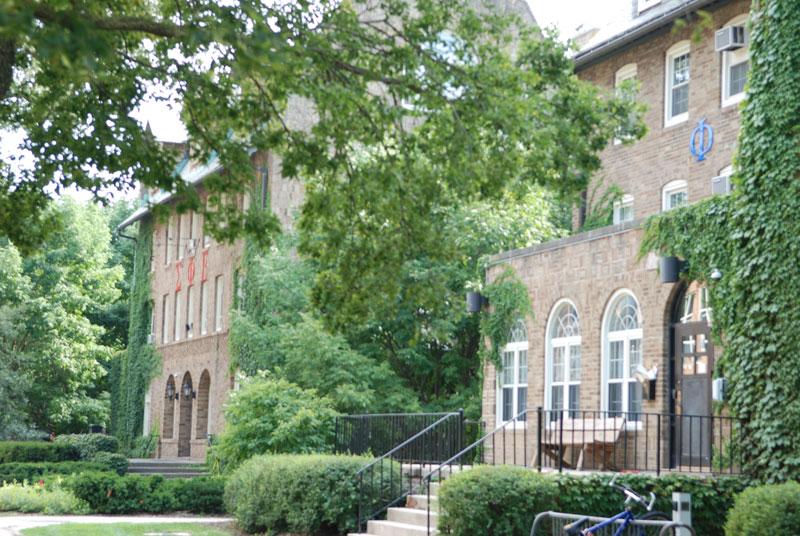 I don’t hate the game.

In this space last year, Katherine Driessen, the esteemed former editor in chief of The Daily wrote, “I don’t hate the player, I hate the game.” I expected that to be my experience as well regarding Greek life. I was looking forward to a year of avoiding those houses of drunken debauchery and privilege-fueled sexism while grudgingly tolerating the people who made them so. Instead, I found it to be much more complicated. To borrow what will hopefully be an outdated reference by the time you read this, Greek life at Northwestern is indeed made up of 50 Shades of Grey.

On one hand, I saw fraternities and sororities come together in fundraising teams for Dance Marathon to raise hundreds of thousands of dollars for the B+ Foundation. I danced the night away at sorority formals with some of my closest friends. I had a front-row seat as two “brothers” were elected ASG president and vice president. Most of all, I listened to friends who talked about the bonds they had made with their pledge classes. But despite all this, something about it irked me.

Because as those friends bonded with their pledge classes, many of them started to slip away from me. As they described some of the things they were put through in order to become brothers, I couldn’t help be baffled: “Why would you put yourselves through that?” Because for all its benefits, it’s still an exclusive system that seems to divide as much as it unites. It’s a system in which there still exists the idea of a “top house,” that some people are better than others because they’re in a particular group. It’s a system where men are turned away from parties to try and balance gender ratios and women are invited so they can hook up with the men. These are not beliefs that everyone within the chapters hold, but they are part of its infrastructure.

I should say that in many of these respects, Greek life at NU is better than how I have heard it is at other schools. There is safer drinking, less hazing and more inclusivity. But that doesn’t mean we can afford to settle. “Northwestern doesn’t posit itself as a normal place, as an average, representative place,” Dallas Wright (Medill ’12) said last year during discussions on campus diversity. “It’s supposed to be an extraordinary, exceptional institution. We’re supposed to be producing the leaders of the next generation.” To say that NU is doing it better is to ignore that we can always improve.

Meanwhile, I joined my own student groups. I had never done newspaper before, but I threw myself into writing for The Daily. It’s one of the greatest things about NU: there are students interested in everything imaginable, coming together because of their common interest in sustainability or social justice or human rights or even student happiness. They are brought together organically, not by an often outdated system that causes social stratification.

If I could offer the more than 2000 of you one piece of advice, it would be this: make your own choice, but don’t go in with preconceived notions about what your college experience has to be. Go to Greek rush events, but also go to theatre shows, a cappella concerts and sporting events. You’ll find that you have more in common with other students than you might think — that’s all students, not just the ones wearing the same Greek letters as you across their chests.